Nollywood actor, Yul Edochie has taken to social media to publicly apologize to his first wife, May Aligwe, over his second marriage to his colleague, Judy Austin. 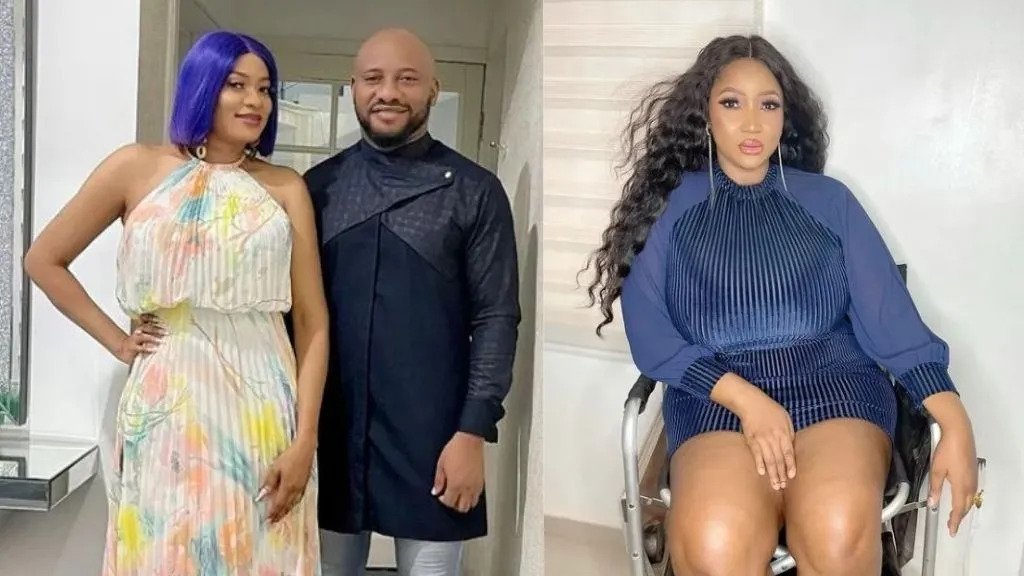 Yul Edochie Apologize To May Over Second Marriage

KanyiDaily recalls that in April, Edochie unveiled his second wife, Judy, and their baby despite still being married to his first wife, May, for 17 years with four kids.

Edochie’s revelation triggered a lot of mixed reactions on social media, and caused a rift between him and his first wife who publicly slammed him saying “May God judge you both.”

The mother of four, who recently hinted at forgiving her husband for his mistake, vowed that she won’t be forced into accepting her husband’s polygamous marriage.

READ:  "Naira Marley Is A Fraudster On His Own, We're Not Supporting Him" - Ruggedman [Video]

Taking to his Instagram page on Wednesday, Edochie issued a public apology to his first wife, stating that he meant no disrespect to her over his decision to marry another wife eight months ago.

The actor admitted that he hurt May, but begged her to remember the 99 things he did right and forgive the one thing he did wrong because nobody is perfect.

He wrote, “To my dear wife, Queen May Yul-Edochie. I acknowledge that I hurt you deeply and I’ve apologised to you countless times.

“I take the blame for my actions. I agree with you that polygamy shouldn’t be forced on anyone. You never bargained for it from the beginning neither did I. But I guess life happens. You already know the whole story.

READ:  You were on the run from the police in London – JJC blasts D’banj

“I’ve been a good husband and a wonderful father. I’ve supported all your hustle from day one. I have been an exceptional father to our children to date, making sure they lack nothing and always there for everyone.

“Out of 100, I have done 99 things right. Hating me because of one thing isn’t the best. Nobody is perfect. I’m not. You’re not. Nobody is, except God.

“I assure you that nobody is trying to take your place. I have apologised to you countless times sincerely from my heart. I’m sorry. I’ve always loved you and always will. Butuo nwanyi oma. We can live peacefully and happily.”

This comes a few days after Yul Edochie declared himself a very proud polygamist with his full chest, claiming that God directed him to marry two wives.