Justice P. I. Ajuku of the Federal High Court sitting in Port Harcourt, Rivers State, Command on Tuesday convicted and sentenced an internet fraudster, popularly known as “Yahoo Boy”, Ernest Chidubem to two years imprisonment on a one-count charge for impersonation, contrary to section 22 (2) (b) (i) of the Cybercrimes (Prohibition and  Prevention Etc) Act, 2015. 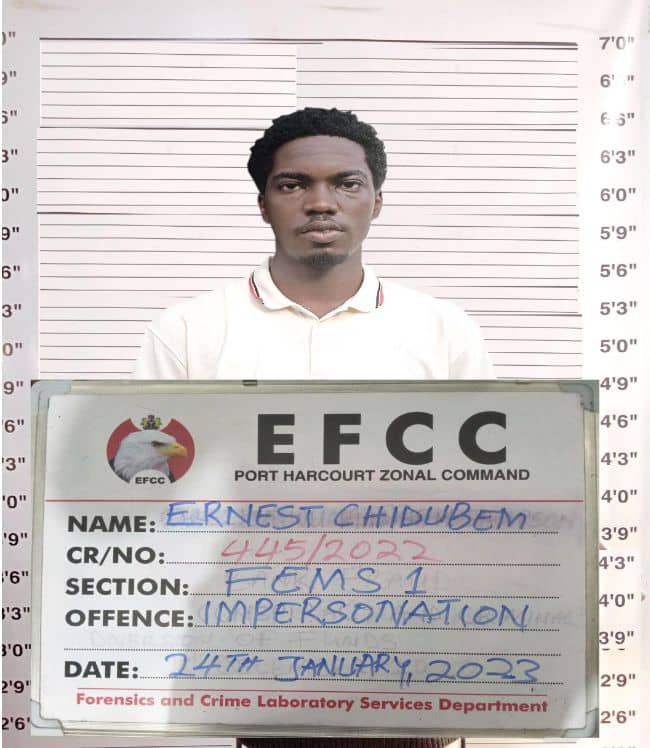 The charge reads: “That you, Ernest Chidubem on or about 1st June 2022 in Port Harcourt, Rivers within the jurisdiction of this Honourable Court, fraudulently represented yourself in your Telegram links on YouTube as Thomas Alex, and many others, with intent to gain advantage for yourself and thereby committed an offence contrary to Section 22 (2) (b) (i) of the Cybercrimes (Prohibition and Prevention Etc) Act, 2015 and punishable under Same Section”.

He, however, pleaded “guilty” to the charge when it was read to him.

Prosecution counsel, C. O. Oni thereafter prayed the court to convict him given his plea.

READ:  Man Cries Bitterly In Hospital After Discovering He’s Not The Biological Father Of His 4 Kids

Counsel to the defendant. P. Dikocha asked the court to temper justice with mercy, adding that the defendant is a first-time offender with no previous criminal record.

Justice Ajuku convicted and sentenced the defendant to two years in the Correctional Service with Three Hundred Thousand Naira (N300, 000.00) payable into the Consolidated Revenue Account of the Federal Republic of Nigeria, as an option for fine.

The Judge also ordered that the convict’s Samsung Galaxy A305 used in committing the offence, be forfeited to the Federal Government of Nigeria.

In other news, Kanyi Daily reported that the Central Bank of Nigeria (CBN) Governor, Godwin Emefiele has apologised to Nigerians for not extending the deposit of the old naira notes.

There have been calls from several quarters including the senate for the apex bank to extend the deadline of January 31st, 2023.

READ:  Publish Any Information You Have Against Me, My Wife And Son - President Buhari Challenges Nigerians 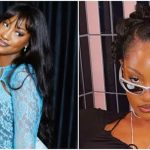 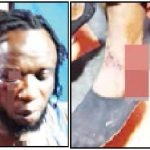