Nollywood Actress, Nkiru Sylvanus, popularly known as ‘Ble Ble’, has walked down the aisle with her Japan-based lover, Sammy Richies, in Enugu State. 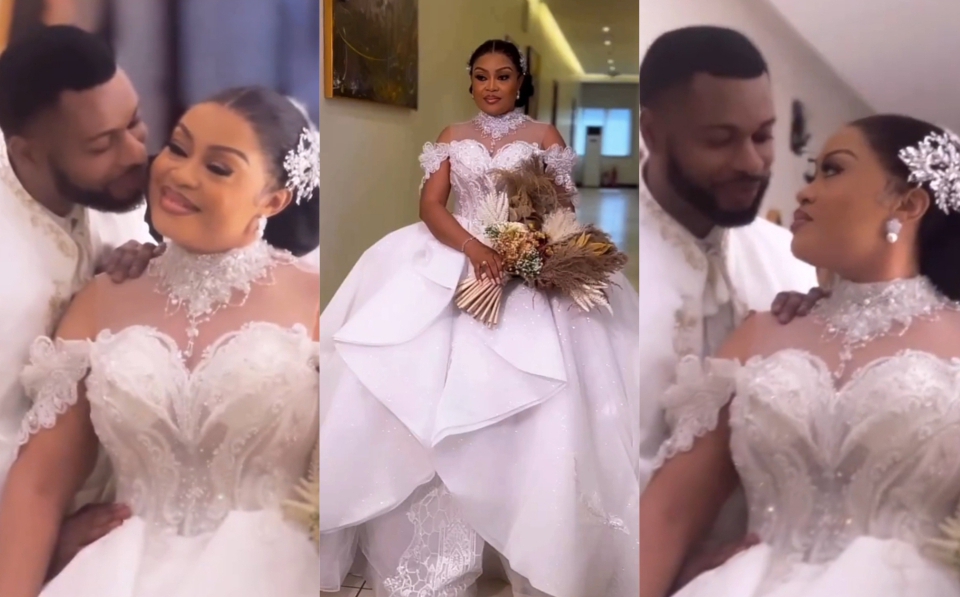 KanyiDaily recalls that in December, the actress announced her engagement on Instagram where she shared a picture of her engagement ring with the caption, “It is what it is.”

Nkiru made headlines after she concealed the face of her fiance in the pre-wedding photos she shared on her Instagram page on Wednesday, Wednesday, January 11, 2023.

The actress held her traditional wedding in Imo State on Thursday, and the groom’s face was finally revealed after it had previously been concealed from the public’s view.

On Sunday, January 25, the final leg of the union which is the white wedding, was held in Enugu and the event was attended by the family and friends of the movie star.

In a series of photos and videos circulating on social media, Nkiru could be seen all glammed up in a beautiful snow-white wedding gown while gushing at every sight of her Japan-based husband.

Riches Sammy is a Nigerian TV personality, filmmaker, and actor based in Japan. He has been featured in many Japanese Television Saigen dramas, movies, and television shows.

READ:  PICTURE of Halle Berry On Crutches: She Broke Her leg Chasing A Goat

PHOTOS AND VIDEOS FROM THE WHITE WEDDING OF ACTRESS NKIRU SYLVANUS.

Congratulations to Nkiru Sylvanus, our very own Ble ble. She made such a beautiful bride😍 pic.twitter.com/jXQL39geyE

ALSO READ: My Wife Thought I Engaged In Fraud When I Received My First N1million – Comedian Ali Baba

READ:  I Have Learnt My Lessons After Being Punished For Violating COVID-19 Lockdown – Funke Akindele [Video] 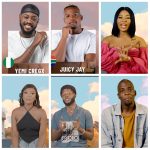 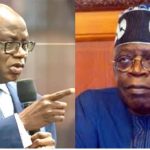