Goodluck Dudu is one of the reported Niger Delta militants said to be undergoing refresher courses in one of the tertiary institutions in Lagos State. He and no fewer than 30 of his colleagues are lodged at the Lagoon Hotel in Akoka area of the city. Since the militants arrived at the hotel, life has never been the same for the owners and workers there.
It was reported that the lifestyle of the militants soon made operators of the hotel ponder over their continued stay in the facility. The atrocities of the militants, however, peaked recently when one of them allegedly attempted to rape a waitress.
Deborah Kadiri (not real names) has reportedly been working as a waitress at the hotel in the last three years. Deborah, 24, is reported to be one of the good-looking waitresses the hotel could boast of.
Her beauty aside, Deborah is said to be a decent and level headed young woman. However, on Monday, 24 June, 2013, while performing her duties, Deborah got the shock of her life when one of the guests she was assigned to serve in his room stripped her naked and attempted to rape her. She reportedly escaped the challenge by sheer luck.
On the fateful day, Dudu reportedly phoned the reception of the hotel asking to be served Semovita and Egusi soup. Rather than go to the restaurant to have his food, Dudu requested that the food be brought to his room 403 of the hotel.
It was reported that once the food was ready, a call from the kitchen was put to Dudu to intimate him that a waitress was bringing it to his room. But before the stewardess bearing the food arrived, Dudu had reportedly undressed with only a towel to cover his body.
Moments later, there was a knock on Room 403 and Dudu beckoned on the person at the back of the door to come in. Deborah emerged from the door bearing a tray in her hand where Dudu’s food order was neatly packed.
But Deborah was shell shocked to see that the occupant of the room was stark naked (for Dudu had reportedly removed the only towel covering his body). It was reported that when Deborah entered the room and saw the guest stark naked, she turned back to go out of the room apologising profusely. But to her surprise, as she turned to go out, Dudu reportedly got off from the bed and made towards her.
He allegedly encircled her, still stark naked, and urged her to be calm. He reportedly asked her to sleep with him promising to give her a large amount of money for her ‘gesture. She reportedly refused the money offer, Deborah reportedly declined, insisting that she had never had se’x in her life as pre-marital se’x was forbidden in her culture.
For about 10 minutes, Dudu reportedly pestered Deborah to sleep with him but when it became clear that the lady would not do his bidding, Dudu reportedly asked that he saw Deborah’s nakedness since she had seen his own nakedness, and even threatening to stab her with a knife on the table should she refuse him se’x.
At that stage, Deborah reportedly started crying for help at the top of her voice. While Deborah struggled to free herself from the grip of Dudu (having dropped the food she brought on the floor of the room), a colleague of Dudu, lodged in a room close by, dashed into Room 403 to see what was amiss.
By then, Dudu had forcefully carried the lady unto the bed and torn her clothes up to her panties. It was the other militant that reportedly wrestled Dudu to the ground and freed the waitress, who ran down the corridor wailing. Deborah headed straight to the office of the hotel manager to report the matter and showed how she had been molested by Dudu.
The hotel authorities soon called in the police and Dudu was promptly arrested and taken into custody. Dudu, in his statement at the police station, did not deny the charge against him. He only claimed that he did what he did under the influence of alcohol because he claimed he was heavily drunk that day.
He however denied threatening to stab her as Deborah alleged. “I have myself to blame for this act. On that day, we were all heavily drunk before we retired to our rooms. I knew I called the kitchen to prepare food for me but I did not know when I started wrestling with her to sleep with her. Maybe the se’x urge came on me while under the influence of the drinks.
But there is no truth in the claim that I threatened to stab her if she refused me se’x,” Dudu said. Deborah was said to have left for her house shortly after Dudu was arrested and has not returned to work since.
A waiter at the hotel, who would not want his name in prints, told Saturday Mirror that since ex-militants came into the hotel, there had been no peace. “When we reported the activities of the people to the management when they first came, no one believed us. But we have been vindicated now. The hotel has never been at peace since they arrived here,” he said.
When Saturday Mirror called the police station where Dudu was being detained, no one was ready to comment on the matter as the Divisional Police Officer was said to be away on official assignment. 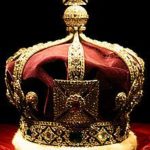