The suspended acting Chairman of the Economic and Financial Crimes Commission, Ibrahim Magu says he sold some of the vehicles recovered by EFCC to Federal Government agencies including the Presidential Villa. 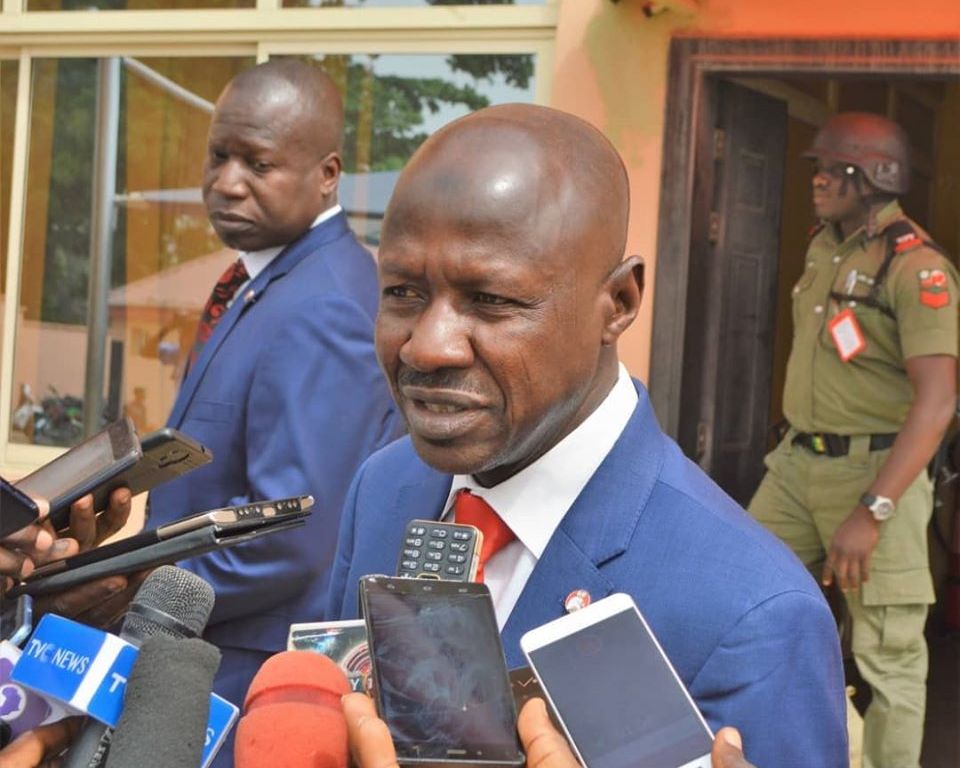 This was contained in a letter addressed to the Justice Ayo Salami-led panel titled, ‘Re: Alleged Case of Conspiracy, Enrichment, Abuse of Public Office and Other Infractions,’

In the latter, Magu explained that some of the recovered vehicles were auctioned to the Presidential Villa, the Ministry of Humanitarian Affairs, Disaster Management and Social Development as well as the Federal Inland Revenue Services (FIRS) and other agencies.

He further stated that some of these agencies had not paid for the vehicles but there was an arrangement that the money would be deducted from their financial allocation.

The letter was in response to an earlier report by the Presidential Committee on Audit of Recovered Assets in which Magu was accused of being unable to account for the interest accrued to N550bn recovered funds as well as recovered vehicles and houses.

In his response to the allegations of being unable to account for recovered vehicles, Magu stated, “On allocation of vehicles to some government agencies through special auction with presidential approval.

The beneficiary agencies are: the Ministry of Humanitarian Affairs and Disaster Management of which the valued price is to be debited from their allocation; State House, National Commission for Refugees and Displaced Persons; Federal Inland Revenue Service and National Directorate of Employment.”

The suspended EFCC boss said about 450 other vehicles, which had been recovered, had yet to be sold despite receiving presidential approval to do so.

“The commission presently has presidential approval to dispose over 450 forfeited vehicles located in Lagos and Abuja. The vehicles have been valued by the National Automotive Council Valuers and the Federal Ministry of Works and Housing. But no sale/disposal has been conducted yet,” Magu stated.

He said some of the houses permanently forfeited to the Federal Government by looters had also been handed over to some government agencies like the Voice of Nigeria, North -East Development Commission and the Pension Transitional Arrangement Directorate.

The suspended EFCC boss explained that some other properties, which had been forfeited pending the outcome of court cases, were being rented by the Federal Ministry of Finance, the Nigerian Army and other agencies of government.

“Real properties finally forfeited to the Federal Government of Nigeria and allocated to some agencies for official use in line with the Presidential approval are: Voice of Nigeria, National Directorate of Employment, Ministry of Humanitarian Affairs and Disaster Management, North East Development Commission and Pension Transitional Arrangement Directorate.

“Other agencies of government that have approached the commission to rent properties under interim forfeiture order include: National Human Rights Commission and National Council for Arts and culture,” the letter partly reads.

Magu said the commission also temporarily handed over property in Lagos to the Lagos State Government for use as isolation centres for COVID-19 patients.

The suspended EFCC boss attached photographs of some of the recovered assets to the letter he addressed to the panel.

However, it was learnt that an attempt by Magu’s lawyer, Wahab Shittu, to submit the letter to the panel on Monday was rebuffed.

The panel was said to have insisted that there was no basis for the letter and informed Shittu that Magu would be summoned if there was a need for clarification.

“An attempt to submit the letter to the secretary of the panel on Monday failed. Magu’s team was informed that the panel does not entertain letters but it is purely an investigative one. If there is a need for clarification, Magu would be invited,” a source said.

A government source said the Presidency would not like to be dragged into the matter.

“Magu wrote to the panel, it is the panel that should be responding to him if the need be,” the source said.

READ:  This Is What Will Happen To Nigeria If Buhari Uses Military, Police To Compromise Election – Ezekwesili

KanyiDaily had reported how Magu was detained since his arrest on Monday, July 6, 2020, where he was being probed by Justice Ayo Salami-led presidential panel over allegations of corruption, insurbodination and re-looting of recovered funds.

Magu was detained detained for about 10 days at the Force Criminal Investigation Department in Abuja from where he was taken before the panel investigating his activities every morning to answer questions.

The former EFCC Boss finally regained his freedom on Wednesday night, July 15, 2020, after his lawyer had written to the Inspector General of Police, Mohammed Adamu, asking for bail for him. 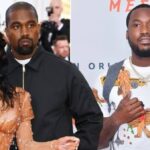 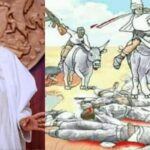