KanyiDaily had reported how Mrs Ozougwu was arrested over the weekend for drilling nails into the head of the 10-year-old girl, and using hot electric iron and pepper to torture her in different body parts of Nneoma.

The police arraigned the couple in court on Monday, and charged them with unlawful attempt to kill, unlawfully intent to harm and engaging a little girl in hazardous, injurious and exploitative work against her physical and socio-psychological development.

The Defence counsel for the Ozougwus’, Mr Emeka Orji, prayed the court to discountenance the various public sentiments on the matter and grant bail to his clients. Orji said the couple has two little children to also look after.

The presiding Magistrate, Justice J I. Agu refused to admit the couple on bail and ordered that they be remand in the Nsukka correctional facility pending further advice by the state’s Director of Public Prosecution.

“In exercise of my discretion, the offence is grievous going by the count one and count three of the charges; even as the girl is still hospitalised as well as the overwhelming public outcry; I reject the application for bail.

“I hereby remand the couple in Nsukka correctional facility pending further advice by the state’s Directorate of Public Prosecution (DPP). The matter is adjourned until Aug. 13 after hearing from the DPP,” he said.

In Other News: Police have arrested a 19-year-old housemaid, Margaret Ikumu, who allegedly faked her own death on social media to avoid financial pressure from her mother and uncle in Benue State. 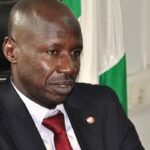 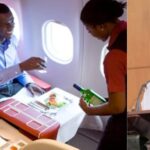