The National Broadcasting Commission (NBC) has fined a radio station ‘Nigeria Info’ the sum of N5 million over a recent comment made by a former Deputy Governor of the Central Bank of Nigeria (CBN), Dr Obadiah Mailafia.

KanyiDaily recalls that Mailafia was invited by the Department of State Security (DSS) following a revelation he made that a serving northern governor is the commander of dreaded terrorist group, Boko Haram.

The former CBN deputy governor had during a radio programme on Monday said that a top repentant terrorist revealed to him that a serving Northern governor was a commander of the Boko Haram insurgents.

Reacting to his revelation in a statement signed by the NBC management on Thursday, the Commission fined the radio station, Nigeria Info 99.3, 5m For “Unprofessional Broadcast”.

“The National Broadcasting Commission has noted with grave concern, the unprofessional conduct of Nigeria Info 99.3FM, Lagos, in the handling of the Programme, “Morning Cross Fire”, aired on August 10, 2020, between 8.30am and 9.00am.

“The station provided its platform for the guest, Dr. Mailafia Obadiah, to promote unverifiable and inciting views that could encourage or incite to crime and lead to public disorder.

“Dr. Mailafia Obadiah’s comments on the “Southern Kaduna Crisis”, were devoid of facts and by broadcasting same to the public, Nigeria Info 99.3FM, is in violation of the Nigeria Broadcasting Code.

“Consequent on these provisions and in line with the amendment of the 6th edition of the Nigeria Broadcasting Code, Nigeria Info 99.3FM Lagos, has been fined the sum of N5,000,000.00 (Five Million Naira), only.

“This is expected to serve as a deterrent to all other broadcast stations in Nigeria who are quick to provide platform for subversive rhetoric and the expositions of spurious and unverifiable claims, to desist from such.

“The Commission wishes to put it on record that it will not hesitate to suspend the Broadcast Licence of broadcast stations that continue to breach the Code.

“Stations are, by this statement, admonished to desist forthwith, from airing unwholesome content, or be ready to face appropriate sanctions,” th statement partly reads.

Speaking on Thursday when he appeared on the News Agency of Nigeria (NAN) Forum held in Abuja, the Minister of Information and Culture, Alhaji Lai Mohammed explained that “any speech, broadcast or publication that denigrates a person, a group of people on the basis of their sex, religion, political belief or origin is hate speech”.

He said: “Any broadcast or publication that tends to erode social cohesion that is an attack on our inclusion and common value is hate speech.

“Those who go to television and denigrate one person or the other with a view to cause social disharmony have breached the hate speech code.

“They know what they are doing and they must be made to pay for it,” the minister said while justifying the increase of hate speech fine from N500,000 to N5 million in the amended National Broadcasting Code.

The minister said the fine was raised for national security and to serve as deterrent to those bent on destabilising the country through the use of fake news and hate speech.

“No country is going to sit down and fold its arms and be destroyed by fake news or hate speech especially in Nigeria where we are divided along ethnicity, religion and culture.

“In practice what we found was that when the fine for hate speech was just half a million, people were reckless because they could easily pay the half a million fine.

“As a matter of fact, our findings shows that when people take advert to broadcast houses and the broadcast houses refused the advert on ground that if they air them they will be fined half a million Naira, the purveyor of hate speech will say, don’t worry, we will pay you N1 million extra.

‘With the N5 million we want to see whether they will add another N10 million to their advert rate.

“For us, it is very practical and for those who said it is primitive, we disagree with them because we want to save Nigeria from purveyors of hate speech,’ he said.

Mohammed said that hate speech had a long history and government had been proactive in addressing the menace because of its potential threat to national security and cohesion.

He recalled in 2017, that the ministry devoted an entire National Council of Information meeting to discuss the effect of fake news and hate speech.

The minister said he equally launched national campaign against hate speech and fake news and embarked on advocacy visits to media houses across the country on its dangers.

Speaking on the effects of hate speech, Mohammed said it led to genocide in Rwanda where over 800,000 lives were lost as well as the killings in Bosnia and Cambodia.

“What we are doing in terms of sanction is minor when compared to what have been done in other countries like Iceland, Norway, UK, Germany and South Africa where hate speech is criminalised.

“Hate speech attracts either fines or jail term or both in many countries, including the UK and South Africa,” he said.

The minister added that the social media has aggravated the menace of hate speech and fake news and the government will not relent in its resolve to control the medium without stifling freedom of speech.

READ:  Plenty Pics From The Scene Of The Blast Yesterday! Warning Sight Aint Too Good 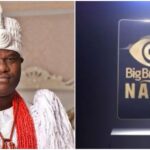 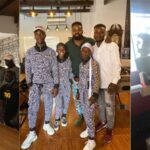