KanyiDaily recalls that Ikorodu Bois had remake Chris Hemworth’s movie ‘Extraction’ which debuted back in April, and shared it their Twitter page on Wednesday, June 24, 2020.

Their video was good enough to get the attention of Netflix, popular film’s directors, Joe and Anthony Russo, who acknowledged the kids and also invited them for the movie premiere of Extraction 2.

READ:  Davido Reacts After He Was Accused Of Slapping Rema During BBNaija Finale Show

In the wake of international acclaim, the young boys received a surprise gift from Netflix worth millions of Naira to help make their future productions easier.

The youngsters were presented the equipment by ace film director, Kunle Afolayan who also awarded the boys a scholarship at his film production company, KAP film and television Academy, as well as an offer to mentor them in filmmaking.

Reacting to their gifts, the Sanni brothers popularly known as Ikorodu Bois thanked Netflix and Afolayan as they shared photos and video of the filming equipment on their social media page.

Netflix!!!! Thank youuuu!! @netflixfilm you guys are amazing, we’ve received the gift, we love it!… Sir @kunleafo we would love to say a very big thank you as you received us with open arms and for also giving us the opportunity to better our crafts and for also deciding to be a Mentor to us, and for the scholarship program as well, we want you to know how much we appreciate this sir, you are a father and we your kids and we are ready for the father-children tutelage from you sir. We look forward to having you as a source of pillar and uplifting hand in our endeavor and growth. We also want to say thank you to the entire staff of @kapfilmandtelevisionacademy for also their kind hearted gesture in welcoming us… Clothes by @shaviyclothing

The Ikorodu Bois consists of brothers Muiz Sanni, 15, Malik Sanni, 10, and their cousin, 13-year-old Fawas Aina acting out the movies and music videos while the Sanni’s older brother, 23-year-old Babatunde Sanni, works as editor and manager.

KanyiDaily had published some videos which they have done which includes shot-for-shot reenactments of Bad Boys for Life, Money Heist, even a tribute to Kobe Bryant, and other pieces of entertainment. 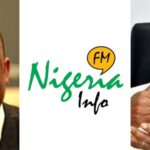