KanyiDaily had reported that Obaseki was declared winner of Edo governorship election after he polled 307,955 votes to defeat his closest APC rival, Pastor Osagie Ize-Iyamu, who got 223,619 votes.

While celebrating Obaseki’s victory on Sunday, Melaye on his Twitter page shared a video of himself singing a new song mocking Oshiomhole, ehom he claims had been reduced to ‘ Osho Pikin’.

“Fellow countrymen and women, I salute you once again. I am reaching you directly from Edo. What we used to have as Osho Baba has now been reduced, downgraded and degraded to Osho pikin. Nobody should call Osho Baba again, never! The only thing you now have is Osho pikin…..

“How can you expect that a man with the umbrella will not win during the rainy session? Definitely, the PDP won. APC, how market? Oshiomhole, how market?”

“The dollars brought in a bullion van to Edo have gone down the drain,” Melaye said before bursting into a song to mock Oshiomhole and Umar Ganduje, the governor of Kano state who was in Edo representing APC during the election.

READ:  Why We Took Yekini To Herbal Home —Sister 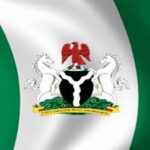 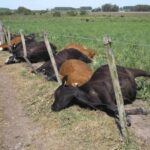