Stakeholders in Niger State have alleged that they were scammed into voting for President Muhammadu Buhari in 2015 and 2019 presidential elections in the country. 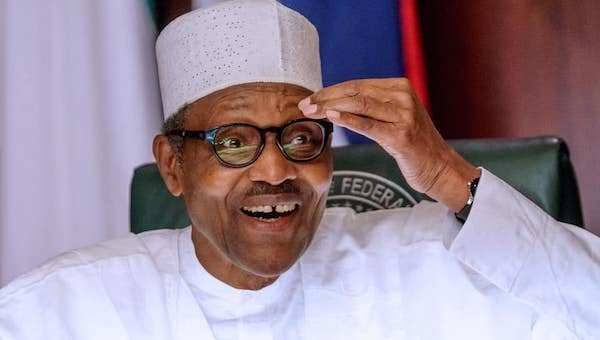 DAILY POST reports the stakeholders stated this at the Government House in Minna during a meeting convened by the Minister of State for Foreign Affairs, Ambassador Zubairu Dada.

The indigenes including Legislators, traditional rulers, youth organizations, women groups and religious leaders, who all took turns to bare their minds on various challenges facing the state.

Speaking during the meeting, the state youth leader, Bello Sherif said President Buhari tricked the state and got overwhelming support during his first and second term elections and subsequently, neglected the state in democratic dividends.

“We are not happy with President Buhari, we are loyal to him but, he is not loyal to us. He has scammed us. HYPPADEC and Baro Port are not in operation, all the over 2,000 km of roads in the state are bad among others. That is why, we are calling on our Minister and lawmakers to come to our aid or else, when they call us for anything, the youths in Niger state will not listen to them,” he said.

Speaking, the Chief Imam of Minna, Malam Ibrahim Fari said insecurity and lack of electricity are some of the major problems facing the state.

“We want the Abuja Electricity Distribution Company, AEDC, to increase the supply of electricity in the state. We are not accepting anything less than 20 hours of electricity, if they cannot give us this, let them leave the state,” he said.

The State Chairman of the Christian Association of Nigeria (CAN), Reverend Mathias Echioda said the roads in the state have become death traps, noting the need for the federal government to declare a state of emergency on roads across Niger State.

The representative of the women group, Bar. Aisha Galadima, who also lamented about the state of roads, noted that the state deserves a better deal from the Federal government.

Other concerned citizens decried the neglect suffered by the state, stressing that the challenge of banditry has made a lot of local government areas inhabitable.

“We gave the president a lot of votes both during the first and second term elections but, what did we get?. We are not happy because we supported him but he is not supporting us. We are not getting what we bargained for. We are urging the federal government to come to our aid.”

In his remarks, the Niger State Governor, Alhaji Abubakar Sani Bello requested the Minister to take the requests of the people to the federal government, saying all the issues raised were apt and on point.

Consequently, convener of the meeting, Minister of State for Foreign Affairs, Ambassador Zubairu Dada pledged to deliver the messages to the federal government.

Dada explained that the meeting was a directive from President Buhari who asked all Ministers to return to their states and call for on the challenges facing the people.

KanyiDaily recalls that Salihu Tanko Yakasai, a media aide to Kano State Governor, Abdullahi Ganduje, had slammed President Buhari for showing “zero empathy” to the plight of Nigerians whenever the need arose.