A Nigerian DJ, Olayiwola Olatunji, popularly known as DJ Scoot 007, is currently on the run after allegedly killing his 6-months pregnant babymama, Tina Erube in Ikorodu area of Lagos State. 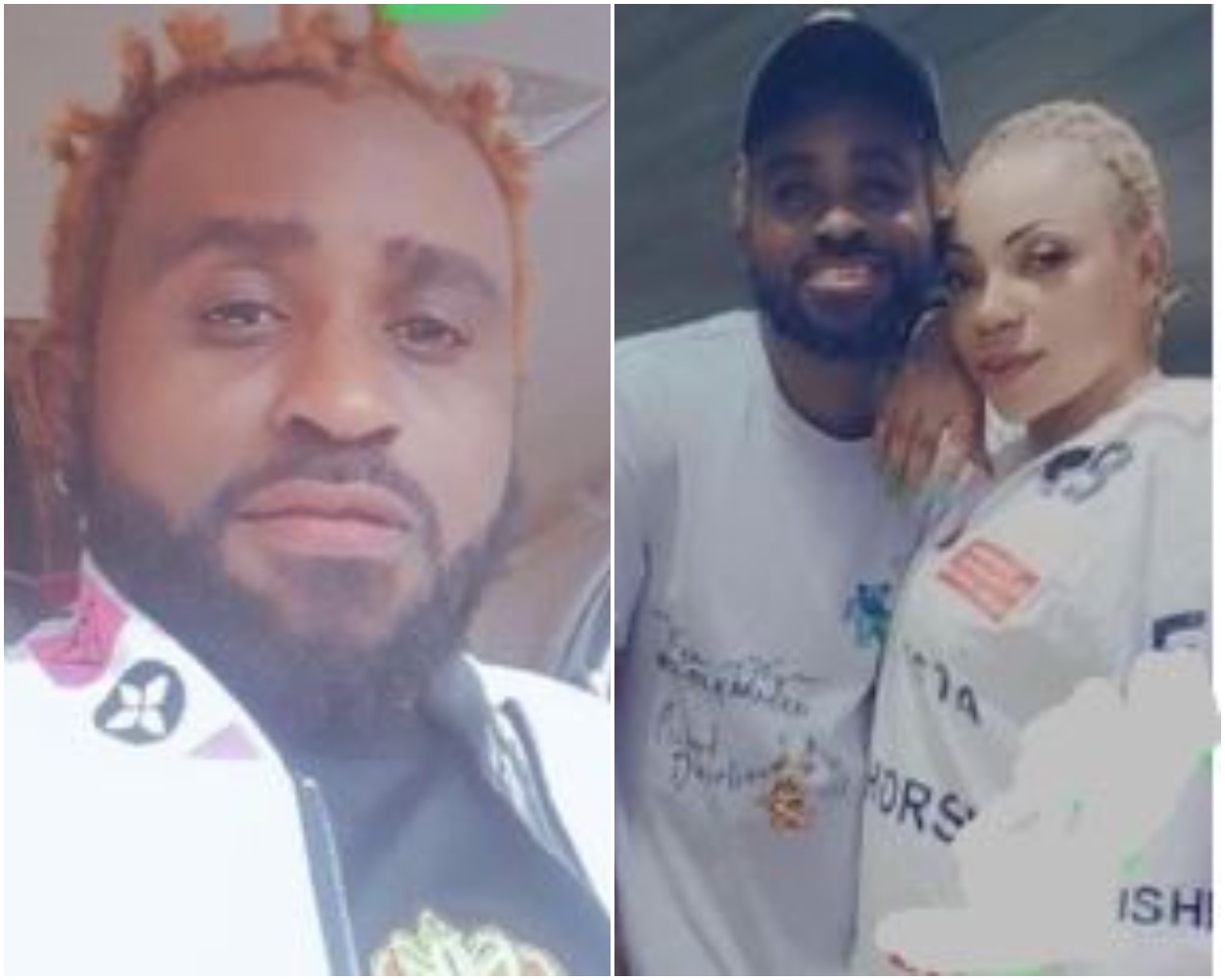 It was gathered that Tina, a mom of five, has been dating DJ Scoot for two years and they have a child together after she moved back to Nigeria from Canada where they began their relationship.

The couple were expecting another child together when DJ Scoot allegedly killed Tina and ran away with her phones where she has all vital information on her finance.

A source said DJ Scoot killed his pregnant lover through diabolical means after she abandoned some of her projects to build a house for him and also bought him a car.

“Everything was fine until yesterday, August 10, when we received the news of her d*ath and the boyfriend in question ran away with her phones where she has all vital information on her finance.

“He has been defrauding her unknown to her. She abandoned some of her projects and took up his own. She built a house for him and also bought him a car.

“When she fell ill, the guy refused to contact any of her family members, he didn’t take her to the hospital despite the fact that she was pregnant. He even denied the family access to her.

“She was near death before her family could get her forcefully. They took her back to her father’s house, and later rushed her to the hospital, where she was confirmed d*ad on arrival.

“Although the k*lling was spiritual because some f*tish stuffs was found in the house, the guy knowing she was d*ed ran away with her phones and all her financial details. The girl’s family have no information about his own family.”

READ:  Davido Would Have Married Chioma If She Didn't Get Pregnant For Him - Sonia Ogiri

Dj Scoot Killed My Sister With Her Pregnancy

Newsen Erube, the elder sister of the deceased, has taken to her Facebook page to call on Nigerians to help her locate DJ Scoot whom she claimed ran away to Lagos Island.

“Anyone on lagos island to help us fine this guy known as Dj scoot 007. He just killed my blood sister and left her with 5 kids. He killed her with her pregnancy.

“Dj scoot you wont go free on this one. You’re a murderer.

“Kindly call this number if you find this guy 08023331963 or call the nearest police station. This murderer also lives in ikorodu location Nigbogbo,” she wrote. 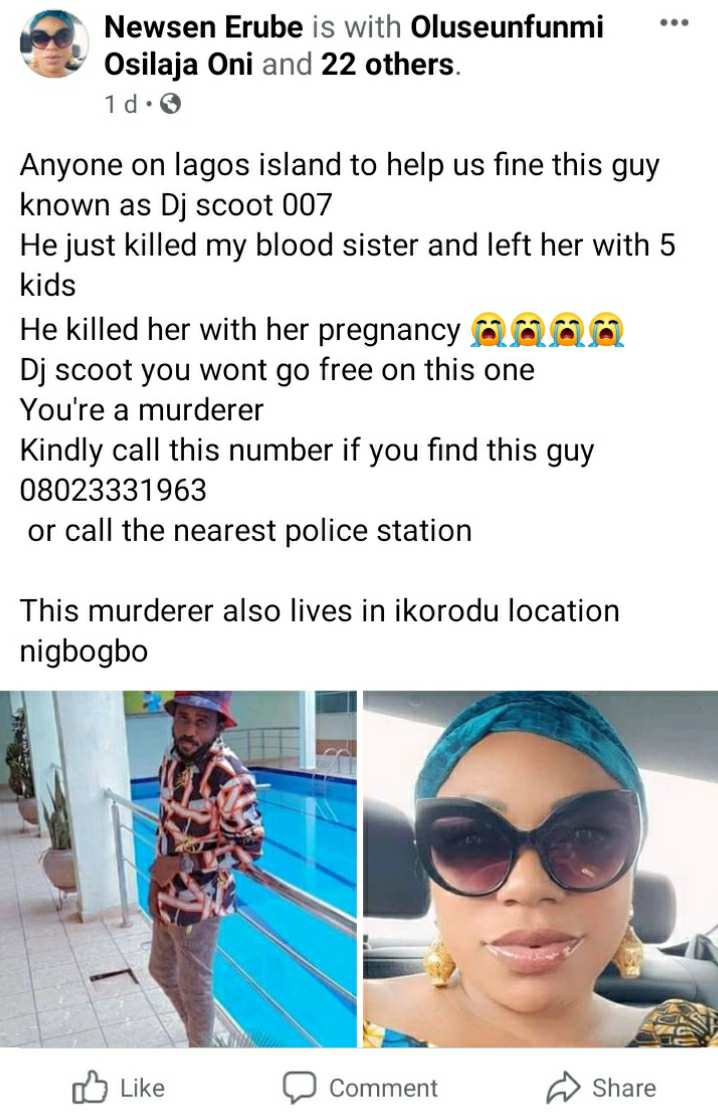 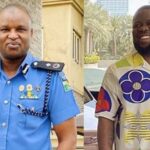