The Peoples Democratic Party (PDP) has expressed readiness to do whatever it takes to ensure that River State Governor, Nyesom Wike, remains in the main opposition party. The Chairman of the PDP Board of Trustees, Senator Walid Jibril was reacting to speculations that Wike may dump the party after he lost the PDP presidential primary to former vice president, Atiku Abubakar.

The outcome of the PDP presidential primary and subsequent picking of Delta State Governor, Ifeanyi Okowa as the running mate of Atiku may have angered Governor Wike.

While addressing journalists in Kaduna on Monday, Jubril disclosed that a high-powered reconciliatory committee would soon be constituted to meet Wike and appeal to him.

The PDP BoT Chairman said, “We in PDP know how to solve our problems. We know that governor Nyesom Wike may not be happy.

“It is the intention of this party to constitute a reconciliation committee that will meet Wike to talk to him, appeal to him, and pray that he will not leave our party.”

Jibrin described Wike as “a great man who has been fighting for the party, and the party will not want to see him move to another party”.

The BoT chairman also said the PDP will meet with all the persons who participated in the primaries. He added: “We will all visit Wike together and if it means kneeling to Wike, we will kneel for him,”

“We respect him. We respect his integrity and honesty in supporting the PDP. It is our belief that in any contest, there must be a winner and a loser.”

He also advised members of the party to be united in order to win the 2023 elections, adding that the PDP lost the recent governorship election in Ekiti because of lack of unity.

Jubril said, “I want to call on PDP members to work together in unity. We should not be divided against ourselves. We must unite within ourselves. If we begin to have problems among ourselves, there would be more problems for us.

“What happened in Ekiti should not happen in the next governorship election in Osun state. We lost Ekiti because we are not even united among ourselves. If we are united, we would have won in Ekiti hands down.”

KkanyiDaily recalls that Atiku Abubakar had held a closed-door meeting with Nyesom Wike after he defeated him at the presidential primaries of the Peoples Democratic Party (PDP). 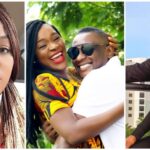 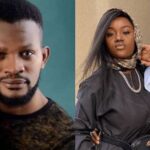