A man, Atumu Treasure has been arrested for allegedly beating his girlfriend to a pulp over her refusal to marry him in Iriri, Isoko South Local government area of Delta state. 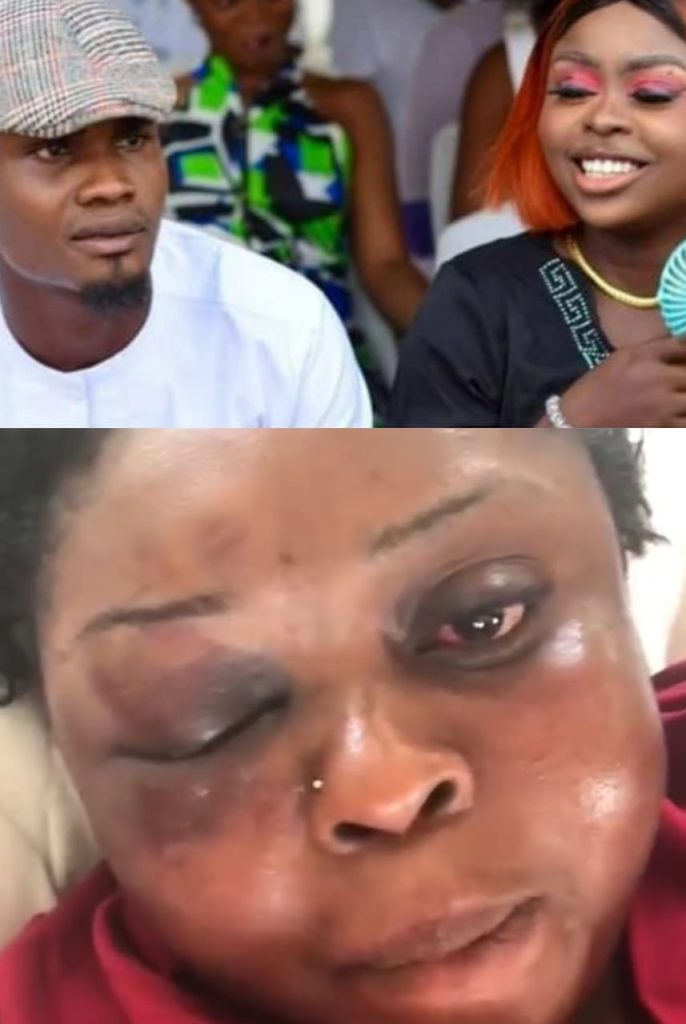 Lady Beaten Up By Boyfriend

It was gathered that the suspect brutalized his girlfriend simply identified as Peace because she dumped him and refused to marry him six months ago.

An activist, Israel Joe, who disclosed this on Instagram, said the man wanted to beat his girlfriend to death but she was rescued by Neighbours who heard her screams.

Joe claimed that the police are trying to release the suspect, instead of charging him to court to face justice for what he did to the lady who is battling for her life in a hospital.

He wrote, “A middle age man Atumu Treasure aka Oluwa Benz Richer has attempted to murder his ex girlfriend Peace who left him about 6 months ago.

“A day before yesterday, Monday the 12th, he used a spare key, gained access into the girl house into her bedroom.

‘The moment the lady arrived home, she was shock and asked him who gave him keys into her house. He then locked all the doors and decended on the lady, hitting and [email protected] her.

“According to him, since he kept begging her to marry him and she refused, he is now ready to k¡ll her and anyone who gets close to her.

“Neighbours who had the faint scream of the lady had broken him to rescue her from her estranged lover who was also arrested.

“I want to use this medium to call on the Delta State Commissioner of Police, Nigeria Police Force CP Ari Mohammed Ali to issue a directive to the Oleh DPO to charge the young man to court as they are now negotiating his bail against the principles of justice for the young lady, Peace who is still grappling for life at an undisclosed hospital.

KanyiDaily had also reported how another man was arrested for allegedly beating his wife, Beatrice Mbari, to a pulp following a disagreement with his girlfriend in Rivers State.

Polygamist Pastor Laments Over ‘Chaos And Drama’ That Comes With Polygamy