The Department of State Services (DSS) has denied reports that its operatives invaded the Central Bank of Nigeria (CBN) to arrest its governor, Godwin Emefiele. 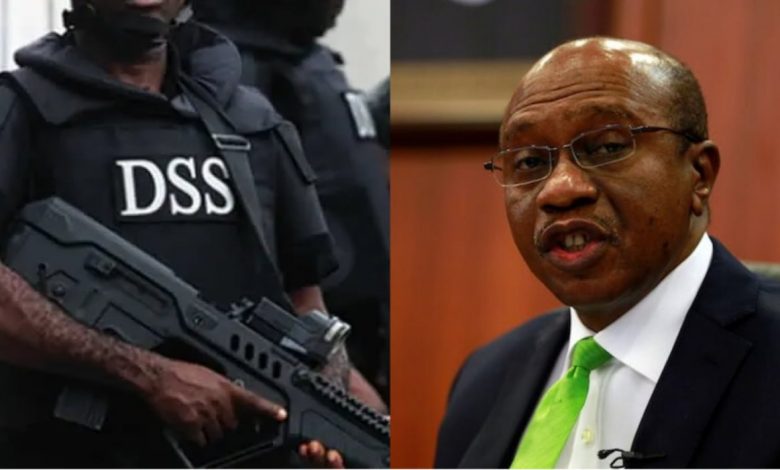 There were reports on Monday that DSS operatives stormed the CBN headquarters in the afternoon to arrest Emefiele over allegations of terrorism financing.

But in a statement issued by its spokesperson, Peter Afunanya, the DSS debunked the reports which it described as “fake news and quite misleading.”

“The attention of the Department of State Services (DSS) has been drawn to the false news making the round that its operatives invaded the Central Bank of Nigeria and arrested its Governor, today 16/1/23. This is fake news and quite misleading,” the statement read.

READ:  Terrorists Who Tried To Overthrow Me Are In Nigeria - Turkey President, Recep Erdogan

KanyiDaily had earlier reported that there were concerns over the whereabouts of Emefiele, who had traveled out of Nigeria before the DSS attempted to arrest him.

While CBN sources confirmed that Emefiele has returned to Nigeria after his vacation abroad, Human rights lawyer, Femi Falana said that the CBN governor has not returned to the country

But a Federal High Court in Abuja barred the DSS from arresting, inviting, or detaining Godwin Emefiele, declaring the terrorism allegations against the CBN governor by the DSS as vindictive, callous, oppressive, void and of no effect.