Women with larger breasts are more likely to develop breast cancer, say scientists.
A study of more than 16,000 women found those with a larger bra size were at greater risk of the disease.

The link could be down to the sex hormone oestrogen that can trigger the growth of mammary glands and tumours. The
researchers found seven genetic factors significantly associated with
breast size – three of which are strongly correlated with mutations
already linked to breast cancer….

Dr
Nicholas Eriksson said: ‘One of the variants is known to regulate the
expression of the oestrogen receptor gene which plays a vital role in
breast growth and in the majority of breast cancer cases.

‘Another
one of these mutations is located in a region of the genome that often
shows abnormalities in people with a certain subtype of breast cancer.’

He used data from his California-based personal genetics company
23andMe to make the first concrete link between breast size and breast
cancer risks.

His findings published online
in BMC Medical Genetics are based on the participants answers to survey
questions including bra cup size and bra band size and comparing them
with genetic data on millions of mutations.

Dr
Eriksson said: ‘Social norms and preferences aside, it turns out that
breast size matters – but not quite in the way you think.

‘The paper shows genetic factors influence whether women have double As or double Ds.
‘This
might sound a bit frivolous at first but our research uncovered
surprising connections between the genetics of breast size and the
genetics of breast cancer.
‘All
of our data was self-reported by female 23andMe customers of European
descent who have opted into research and filled out an online survey.

‘We
specifically asked about bra cup size as an approximation for breast
size using a 10-point scale ranging from ‘Smaller than AAA’ to ‘Larger
than DDD.’
His team also took into account age and breast-related surgeries including augmentation or reduction.

Women can be scanned for breast cancer using a
mammogram machine. Women aged 50 to 70, who are registered with a GP,
are automatically invited for screening every three years

Dr Eriksson said: ‘Most of the
genetic factors we identified for breast size lie in regions of great
importance for breast cancer.

‘These findings show some of the same biological pathways underlie both normal breast growth and breast cancer.

‘This
isn’t a huge surprise if you think of cancer as unrestrained growth.
But the relationship between breast size and breast cancer is
complicated.
‘Some
studies have found that larger breast size as a young woman is
associated with a slight increase in breast cancer risk, but only in
women who were lean at a young age.

‘The
genetic factors we found aren’t enough to explain this association, but
support the idea that breast size and breast cancer are related.’
The analysis also controlled for age, genetic ancestry, breast feeding status and pregnancy history.

While breast size is heritable the study is the first to identify genetic variants linked to differences.

Dr
Eriksson said: ‘These results provide insight into the genetic factors
underlying normal breast development and show that some of these factors
are shared with breast cancer.’

He added: ‘While the topic of breast size raised a few eyebrows when we
first put out the survey – some thought it was too personal or couldn’t
be serious science – this paper demonstrates important scientific
insights can come from the most unlikely of places.

‘Although
the connections between these genetic factors – breast size and breast
cancer aren’t fully understood – our findings give clues to the function
of some of these genes and regions that might be useful in combating
breast cancer.’ 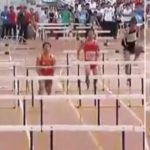 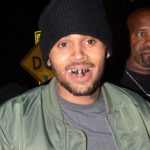