Rivers State Governor, Nyesom Wike has called for a protest against President Muhammadu Buhari for appointing one of his media aides, Lauretta Onochie, as a National Commissioner of the Independent National Electoral Commission (INEC).

KanyiDaily recalls that President Buhari had on Tuesday asked the Senate to confirm Mrs Onochie as INEC Commissioner in Delta State.

While Addressing #EndSARS protesters in Port Harcourt, the state capital, on Tuesday, Governor said Nigerians learn to choose their priorities.

“You have heard that Mr. President has appointed his Media Aide as National Commissioner, INEC,” he added.

“His own media aide as INEC commissioner and you are saying INEC should be independent, how will that INEC be independent when the President appoints his own aide as commissioner? And nobody is talking, protesting about it.

“So as you are protesting police reforms, we must also tell Mr. President you cannot make you personal aide and INEC commissioner. I will continue to fight for reform of the police, and when something happens to Rivers, other states should join it.”

During the protest, Governor Wike said he prayed for killings, kidnapping and armed robbery to spread across Nigeria because the Federal Government did not take him seriously when he raised an alarm over the brutalities suffered by his people in the hand of the dissolved Special Anti-Armed Robbery Squad (SARS).

READ:  Adams Oshiomhole Describes Peter Obi As 'Half China And Half India' 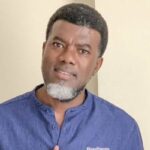