A former Nigerian Senator representing Kogi West senatorial district, Dino Melaye has reacted to the invasion of the US Capitol Hill by supporters of President Donald Trump.

KanyiDaily had reported how hundreds of Trump’s supporters entered the Capitol in an attempt to stop the confirmation Joe Biden’s victory in the presidential election.

The supporters matched out after Trump, who refused to concede the November 3 presidential election, had charged them to protest at the Capitol on Wednesday, January 6, 2020.

During the protest, Trump’s supporters breached barricades and broke windows to enter the Capitol, leading to the deaths of four civilians and a police officer.

While the mob invasion was condemned, the US president told the protesters that he “loves” them and, in a statement afterwards, insisted that he “would never concede” the election.

Key officials in the government accused him of inciting the mob attack, with federal lawmakers demanding that he be removed from office, pointing to the damage he could cause in the final two weeks of his term.

Reacting on his Twitter page on Saturday, Dino Melaye said that the election of Trump wasn’t a mistake as God wanted to use his’foolishness’ to humble Americans.

The former lawmaker added that America needed to learn some lessons and the world needed to see their imperfections. He wrote:

“God uses the foolish things to bring down the wise and that is what God used Trump for.

“Trump wasn’t a mistake. America only needed to learn some lessons and for the world to see their imperfections.

“Anyhow, make God handle the koboko wey dey flog us for naija too ooo .l beg u God,” he wrote.

God uses the foolish things to bring down the wise….that is what God used Trump for. Trump wasn't a mistake….America 🇺🇸 needed to learn some lessons and for the world to see their imperfections. Any how make God handle the koboko wey dey flog us for naija too ooo l beg u God

KanyiDaily recalls that former Nigerian president, Goodluck Jonathan had also told Trump that his ambition is not worth the blood of any American citizen. 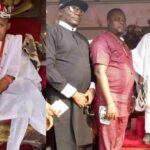 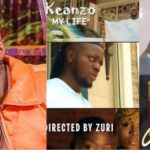