Nigeria’s leading payments technology company, Flutterwave, has announced a partnership with US payments giant, PayPal, to enable African merchants to accept and make payments through its platform.

In a statement on Tuesday, Flutterwave said that PayPal customers globally can now pay African merchants through its “Pay with PayPal” feature.

The collaboration will eliminate the barrier to cross-border commerce, and connect small and medium enterprises with the more than 377 million PayPal account holders globally,

According to the statement, Flutterwave’s integration with PayPal will be operational across 50 African countries and worldwide.

Before now, PayPal has only allowed just 12 African countries to send and receive, money on the platform. Others have had to find ways to circumvent this through other channels which could be cumbersome or way more expensive.

According to the PayPal website, only Algeria, Botswana, Egypt, Kenya, Lesotho, Malawi, Mauritius, Morocco, Mozambique, Senegal, Seychelles and South Africa could send and receive money before this partnership.

Other countries like Nigeria could either only send but not receive or were completely restricted like Libya and Liberia.

Despite the restriction, in 2015, PayPal revealed that Nigeria became its second-largest market, behind South Africa which didn’t have any restriction, just one year after it launched in Nigeria.

With this new partnership, Flutterwave absorbs most of the risk PayPal thinks it will incur if it makes its platform more open to merchants in these countries. But at the same time, it solidifies Flutterwave’s position in the eyes of multinationals looking to enter the African market.

Flutterwave was founded in 2016 by Nigerians and head quartered in San Francisco, the firm has processed over 140 million transactions.

The move comes barely a week after Flutterwave announced it raised $170 million from investors to expand its customer base, pushing its valuation up to more than $1 billion. 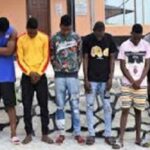 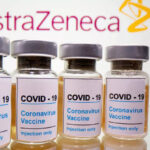