Former Senate President, Bukola Saraki has revealed why he opposed a Muslim-Muslim ticket for the All Progressives Congress (APC) in the 2015 general election. 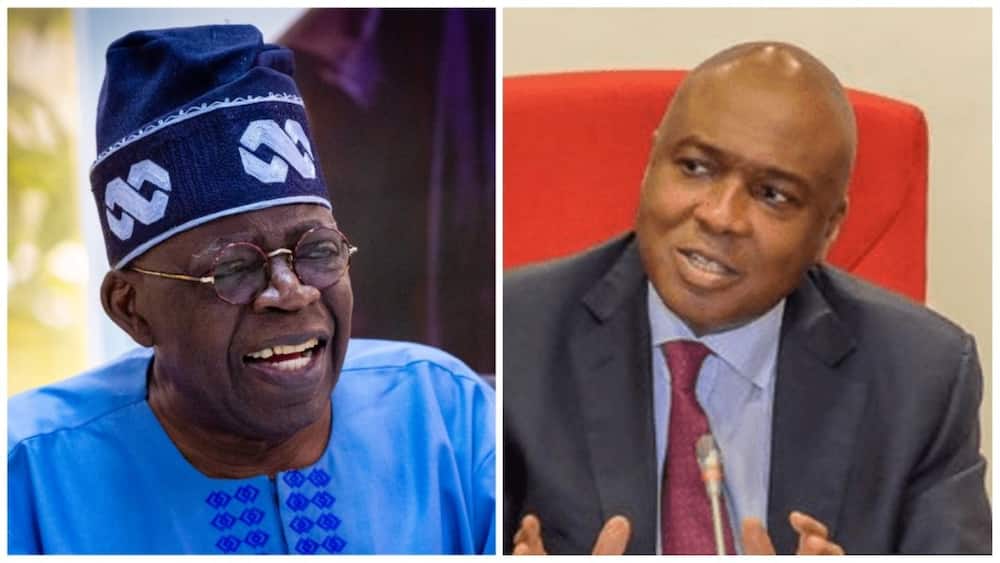 KanyiDaily recalls that APC national leader and presidential aspirant, Bola Tinubu had revealed that the former senate president opposed his desire to be the running mate of President Muhammadu Buhari for the 2015 elections.

Reacting in a statement issued on Friday by his spokesman, Yusuph Olaniyonu, the former senate president accused Tinubu of being mischievous, stressing that he acted in the national interest when he opposed the Muslim-Muslim ticket.

Saraki urged Tinubu to look beyond self-interest in his ambition to become president, stressing that he would oppose any plan that would cause a religious crisis in a multi-religious country like Nigeria.

He said, “When I and other leaders of the All Progressives Congress (APC) in 2014, stood against having a Muslim-Muslim ticket, it was not a decision targeted at any individual or group, but one taken in the national interest.

“Asiwaju knows this and he is just being mischievous by presenting this decision as something aimed at stopping his ambition.

“Let me make it clear that the decision to oppose the plans by some people to make APC present a Muslim-Muslim ticket in 2015 was in the national interest and I will take the same stand today, tomorrow, and any other day.

“My stance is based on the fact that such a ticket is not good for the unity of the country and will further accentuate one of our fault lines.

READ:  2023: Governor Okowa Says Only God Can Stop Him From Being Atiku’s Running Mate

“Even Asiwaju Tinubu knows that I am a man who does not shy away from standing for what is right. He knows that I don’t follow the crowd and I take a stand based on my conviction of what is good for the country and what is not good for her. It is also obvious that I have paid prices for this stand.

“The opposition to a Muslim-Muslim ticket was not targeted at Tinubu or any other person. It was a decision that even all party leaders know helped the victory of the party and also worked for the unity of the country.

“That decision is not about self but national and collective interests. It is a decision which served the purpose of the people of Nigeria and I have no regret supporting it.

“Despite calling himself a democrat, he continued to support every effort to frustrate the eighth national assembly and thwart its efforts to provide good representation to Nigeria. He was the architect of several moves that set the Presidency on a collision course with the national assembly.

“At a time, he would twist issues and make false claims in his quarterly press statements aimed at making the national assembly under my leadership look bad.

“Now, Nigerians know the truth. We can only urge Senator Tinubu to look at the bigger picture on all matters and stop viewing all issues within the prism of his ambition and personal interest.”

I Have High Regard And Respect For Buhari, I Will Never Denigrate Him – Tinubu