Kaduna International Airport has resumed flight operations two months after shutting down over a deadly attack by bandits. 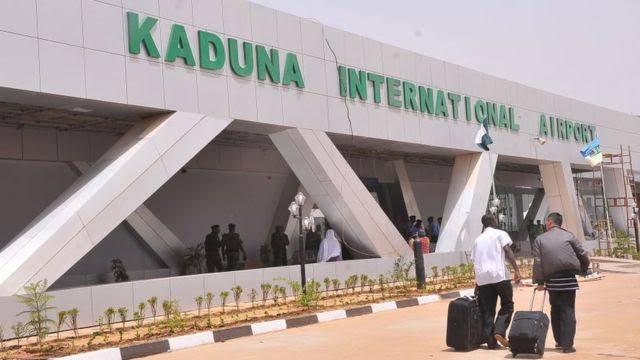 KanyiDaily had reported how a security guard attached to the Nigerian Airspace Management Agency (NAMA) was killed by bandits who stormed Kaduna Airport and stopped an Azman Air flight from taking off on Saturday, March 26.

On Monday, May 23, Faithful Hope-Ivbaze, the Acting General Manager, Corporate Affairs at the Federal Airports Authority of Nigeria (FAAN), confirmed that flight operations to Kaduna airport have commenced today with Azman Air.”

The Managing Director of Azman Air, Faisal Abdulmunaf also disclosed in an interview that Azman Air resumed flight at the airport together with Air Peace.

Thus, Azman Air became the first airline to resume operations on the route since its closure after bandits raided one of the runways and killed a guard.

It was gathered that the authorities have deployed additional security operatives to ensure the safety of passengers at the airport.

In a tweet on Monday, the airline said “Azman Air landed at Kaduna Airport today 23rd May 2022 to the elation and cheers of passengers, stakeholders, and staff.”

“It was a defining moment for the aviation community as the airport is reopened after being closed for two months. It’s so exciting to be back,” they said.

Azman Air landed at #Kaduna Airport today 23rd May, 2022 to the elation and cheers of Passenger, Stakeholders and Staff.

It was a defining moment for the Aviation community as the airport is reopened after being closed for 2months.