Canadian Rapper, Tory Lanez, has been convicted after being found guilty of shooting his American colleague and former friend, Megan Thee Stallion. 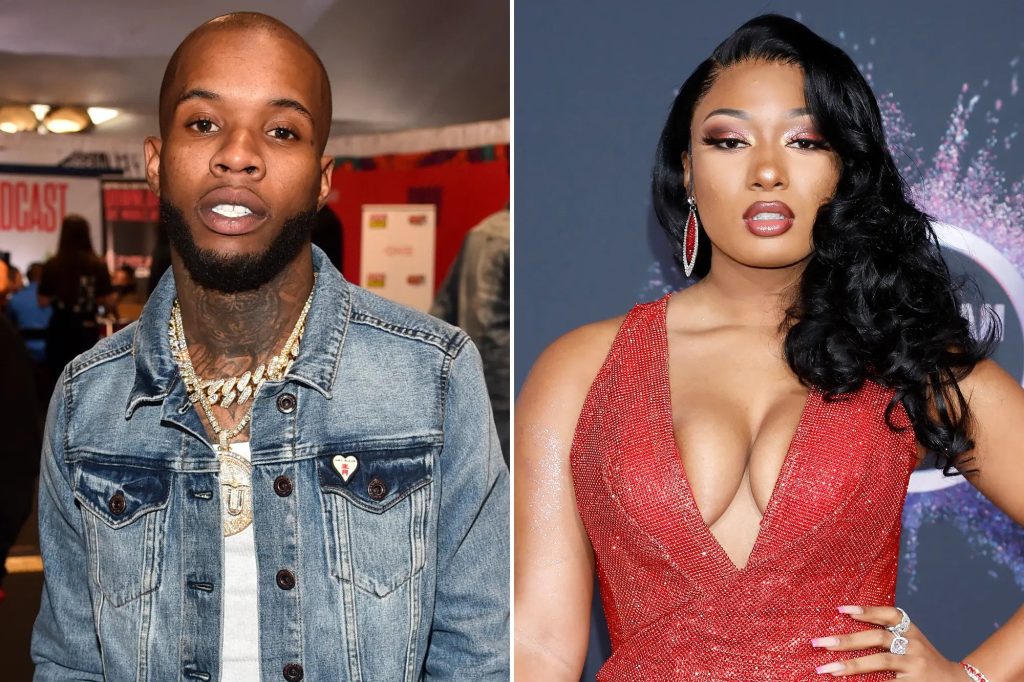 A jury in Los Angeles convicted the 30-year-old rapper of felony negligent discharge of a firearm, assault with a semi-automatic firearm, and carrying a loaded and unregistered firearm.

Lanez, who faces up to 22 years in prison, showed no reaction as the verdict was read out. He was remanded in custody and is due to be sentenced on 27 January.

During the trial, Megan testified that she was shot and wounded on 12 July 2020 after she and Lanez left a private party hosted by reality TV star, Kylie Jenner.

The rapper argued that Lanez became enraged after she had disparaged his musical talent. She said she had demanded to be let out of a luxury car before he fired five rounds at her.

In the heat of the squabble, Megan said she alighted from the car, and was afterwards shot in the foot by Lanez. She claimed he shouted, “Dance, b**ch” while firing several times from the window.

Megan also testified that Lanez had offered her $1m (£830,000) to keep quiet about the attack because he claimed to be on probation for a weapons offence. She initially said to police that she had cut her feet on glass.

While he refused to take the stand during the trial, Lanez had earlier pleaded “Not guilty” in November 2020, after he was arraigned.

Lanez denied the charges relating to a dispute with Megan and his lawyer, George Mgdesyan, unsuccessfully argued that the investigation had been botched.

He said it was Megan Thee Stallion’s friend Kelsey Harris who had shot her, adding that it was all about “jealousy”.

In a courtroom that turned chaotic after a trial that seethed with tension, a Los Angeles jury on Friday found Lanez guilty of three felonies in the 2020 shooting of Megan.

The jury of seven women and five men deliberated since Thursday before convicting the Canadian rapper of assault with a semiautomatic firearm, having a loaded, unregistered firearm in a vehicle and discharging a firearm with gross negligence.

Jurors also agreed that there were aggravating factors in the attack, meaning Lanez could face up to 22 years in prison and deportation when is sentenced on Jan 25.

Lanez, who was put in handcuffs and led to jail while wearing a powder pink coat with matching pants, showed no visible reaction as the verdict was read.

But moments later, after the jury was escorted out, his father, Sonstar Peterson, leaped up and shouted “This wicked system stands judged before God almighty!” as deputies closed in on him.

Peterson then pointed to the two prosecutors and yelled “You two are evil, wicked people. You know exactly what you did.”

With considerable effort, deputies wrestled him from the courtroom, where he shouted in the hallway.

Three young children, including Lanez’ son, sat in the front row of the courtroom while the verdict was read. A young girl cried and was hugged by Lanez’s stepmother, who was also tearful before she began shouting along with her husband.

Others in the audience shouted agreement, and one woman shouted “we love you Tory” as he was led away.

Supporters of Megan and Lanez gathered outside the courthouse for most of the eight-day trial and crowded the courtroom and the hallway. The scene was tense at times, but remained mostly peaceful until the verdict was read.

It was not immediately known whether Tory Lanez planned to appeal.

This comes one month after another American rapper, Blueface was arrested by the Las Vegas Metro Police Department for a shooting incident that happened in early October.