American media personality, Kylie Jenner, has come under fire on social media after she announced the name of her second child, Aire Webster. 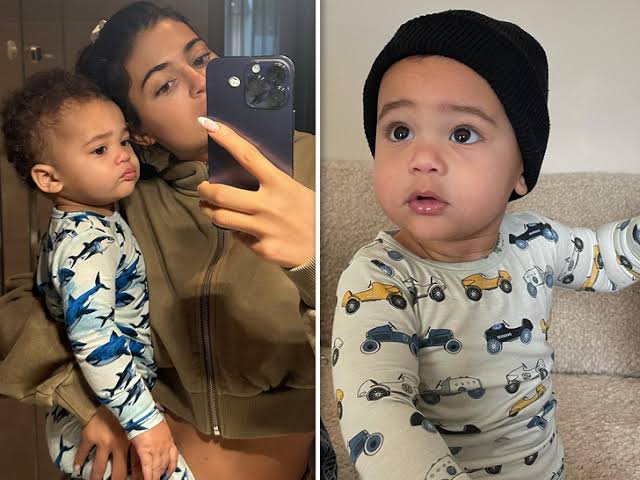 KanyiDaily recalls that the 25-year-old reality star and her rapper boyfriend, Travis Scott, announced the birth of their second child on February 2, 2022.

Taking to her Instagram page on Saturday, January 21, 2023, Kylie shares the first photos her baby boy, as she revealed his new name is Aire Webster.

While many people gushed over the name, some fans pointed out that ‘Aire’ translates to “my penis” in Arabic slang.

Journalist Antoinette Lattouf tweeted: “Umm should someone tell Kylie Jenner she renamed her son Aire which is a common Arabic expression for ‘my penis’ or nah?”

READ:  Ice Prince To Remain In Prison As Court Adjourns His 'Police Assault' Trial Till Oct 24

The journalist wasn’t the only person to make the connection, with another person writing: “Kylie deada** named her son “my penis” in arabic.” [sic]

“Not Kylie Jenner calling her son Aire??? LOOOOOOOL she can never take him to an Arabic speaking country,” a third person joked.

Another added: “As an Arabic speaker, I couldn’t help but giggle at the name of Kylie’s son.”

According to Urban Dictionary, the name is “Arabic for best friend”, but also “means penis depending on its use”. 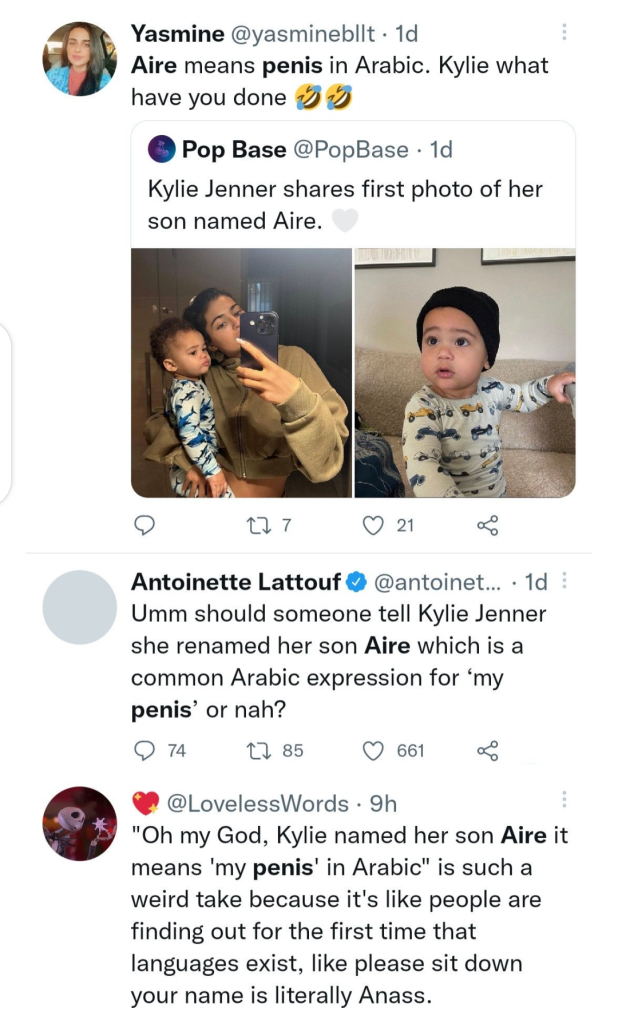 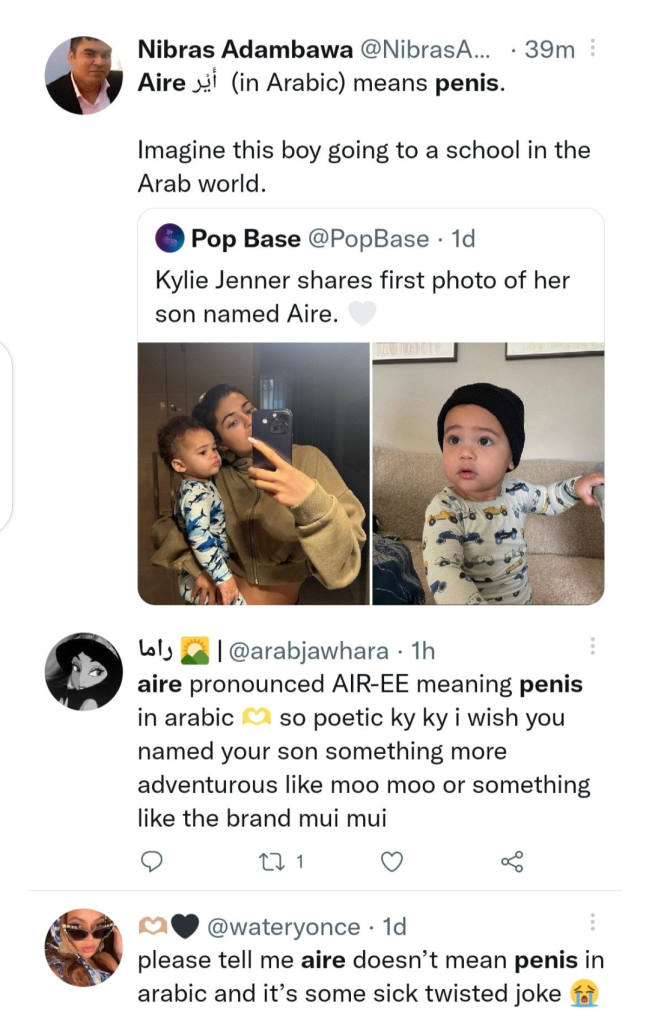 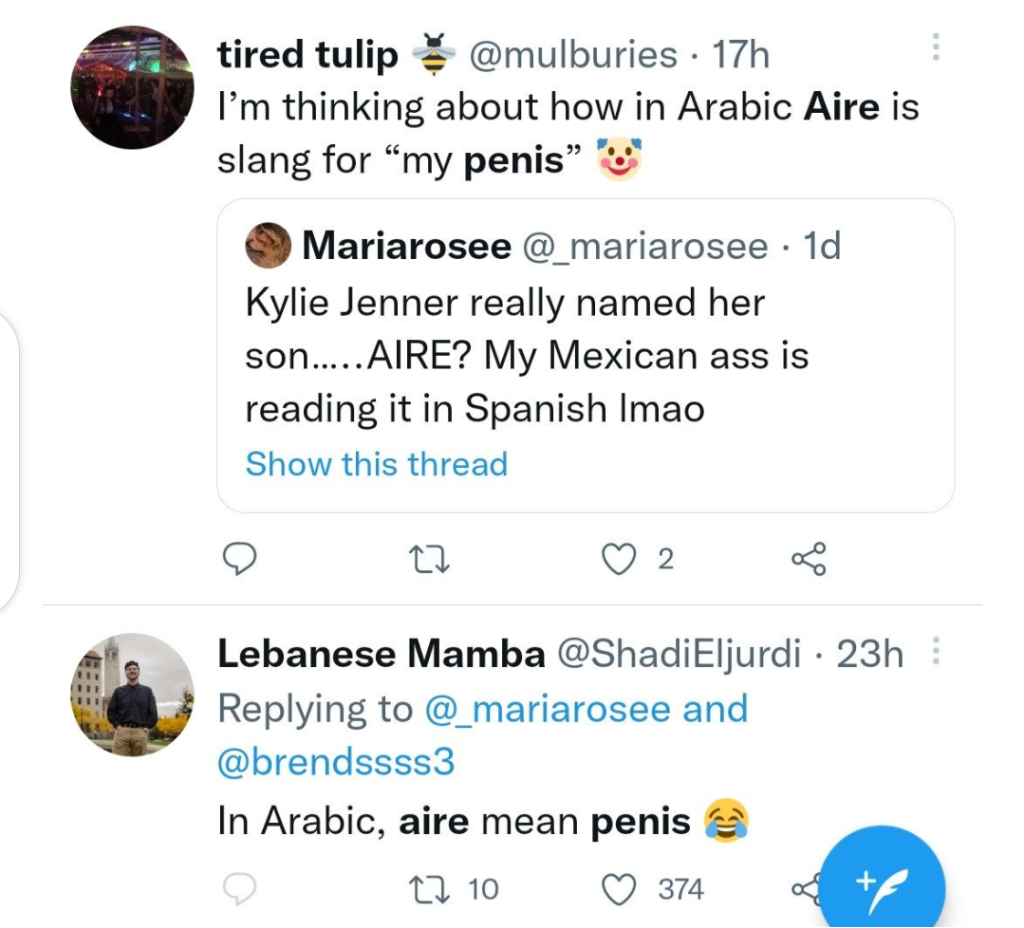 KanyiDaily recalls that Kylie Jenner, who also have a five-year-old daughter Stormi for Travis Scott, had first revealed her second pregnancy in September 2021.

READ:  "Buju Is Good And I Love Him, But He's Not Better Than Me" - Ruger Replies Critics 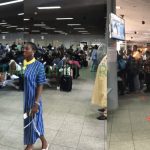 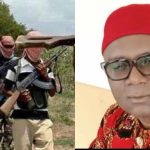