The Nigerian international came off the bench and connected well to a cross to head which gave the Spanish giants a third goal to seal the win and hand Barcelona Femeni the Super Cup on Sunday, January 22, 2023.

It took Barcelona Femeni just 13 minutes to take the lead as Aitana Bonmatí converted a ball through to her by Geyse Ferreira.

It was the only goal scored in the first half as Barcelona Femeni went to the break with a narrow lead.

Just two minutes after the restart, Barcelona Femeni got their second as Bonmatí and Geysecombined again.

Barcelona dominated the match with a two-goal cushion and Head Coach Giraldez decided to take off Geyse to bring in Oshoala in the 68th minute.

Oshoala was a threat with her pace breaking the Sociedad defense with direct runs on goal.

In the seventh minute of additional time, Oshoala scored the third and final goal for Barcelona Femeni with a header assisted by Lucy Bronze.

Following her contribution of two goals, Bonmati was named the Most Valuable Player in the final.

The victory means that Barcelona Femeni are now Spanish Super Cup winners in the men’s and women’s divisions.

Barcelona Femeni are also still on course to win all four trophies this season as they are leaders in the Primera División de la Liga de Fútbol Femenino.

They also are also through to the quarterfinals of the Copa de la Reina de Fútbol and 2022–23 UEFA Women’s Champions League.

Oshoala returns to action with Barcelona Femeni when they take on Las Planas in their next league fixture scheduled for Wednesday, January 25, 2022.

KanyiDaily recalls that Asisat Oshoala was recently listed among the 20 footballers nominated for the 2022 women’s Ballon d’Or award. 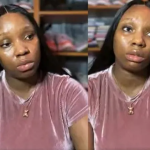 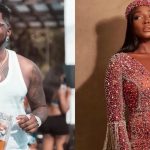