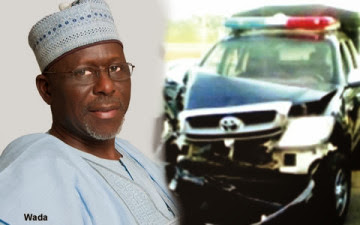 Angry leaders of the Academic Staff Union of Universities allegedly chased away the Governor of Kogi State, Captain Idris Wada (retd.) from the emergency ward of the  Lokoja General Hospital on Tuesday.
Wada had gone to the hospital  to visit their  injured colleague, Dr. Ngozi Ilo,   and commiserate with them over the death of their  former President, Prof. Festus Iyayi,   in an accident involving his convoy and an ASUU vehicle on Tuesday.
The  Chairman, University of Benin chapter  of ASUU, Dr. Anthony Monye-Emina; and the Benin Zonal Coordinator, Dr. Sunny Iyalo, had minor injuries and were therefore not admitted into the hospital.
The   ASUU leaders, including the National President, Dr. Biodun Ogunyemi;  the Ibadan Zonal Coordinator, Dr. Nassir Adesola; the Chairman, Lagos State University chapter of the union, Dr. Adekunle Idris;    Monye-Emina;   Iyalo  and lecturers from the Federal University Lokoja however sent the governor away from the hospital’s emergency ward.
Their grouse was Wada’s  late response to the accident and the uncaring attitude he allegedly displayed towards the union leaders  involved in the accident.
They also accused him of trying to make a political gain out of their misfortune.
Idris, who confirmed that  Wada was chased out of the  emergency ward, said,    “We are surprised that a state governor could resort to telling lies because contrary to the claim by his spokesperson that he showed care towards our colleagues, he did not.

“That was why we chased him out of the emergency ward of the hospital and we also prevented him from seeing Prof. Iyayi’s corpse in the mortuary.

“We are not happy with the fact that he came very late to the hospital and the fact that when he came, his press crew attempted to take photograph and video record of Dr. Ilo, who is our national welfare  secretary. We stopped them because that was  the  height of insensitivity.

“Somebody that could not provide us with an ambulance cannot be said to be caring. We had to call UNIBEN for an ambulance that took Ilo to the UNIBEN Teaching Hospital while our colleagues from the Federal University, Lokoja, with the assistance of the vice-chancellor, gave us the ambulance that was used to convey the remains of Prof. Iyayi to Benin.” 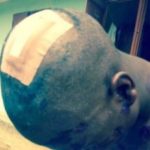