The Economic and Financial Crimes Commission (EFCC) has denied raiding an Abuja apartment owned by two sons of the presidential candidate of the Peoples Democratic Party (PDP), Atiku Abubakar.

Earlier we reported that according to Premium Times, EFCC agents invaded the residence belonging to two son’s of Atiku, Aliyu and Mustapha, in the Maitama area of Abuja looking for ‘a large cache of dollars’.

The building was also reported to house another apartment owned by Chiemeka Orji, the son of former Abia State governor, Theodore Orji, who’s under EFCC investigation over how he managed state funds when he was governor between 2007 and 2015.

In response, the EFCC took to its Twitter account (@officialEFCC) on Monday, December 10, to announce that the raid had nothing to do with Atiku’s sons. According to the statement, the raid on the Abuja building was strictly in connection to Orji’s sons who are suspected of aiding their father in money laundering activities. The statement reads:

“The recent arrest of Ogbonna Orji, son of Sen. Theodore Orji, over money laundering, has absolutely nothing to do with son of ex-VP Atiku Abubakar.

“The former Abia governor has been under investigations by the EFCC, for money laundering activities, which was discovered to have been carried out through his sons.

“The EFCC had been on the trail of cars allegedly bought by the sons, and last Friday the cars were traced to a night club in Abuja, where operatives waited patiently through the night to arrest the owners – Ogbonna and his friend, Kelvin Ilonah.

“They were arrested at about 5am on Saturday, and they led operatives to their three-flat apartment, where documents retrieved showed that it was rented at a rate of N13million per annum.

“They have so far given useful information to the EFCC, which is aiding in investigations. It should be made clear that the EFCC never “went after” Atiku’s sons, neither was Atiku’s son arrested by the EFCC.” 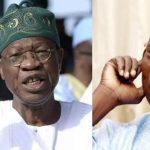 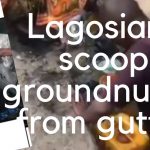