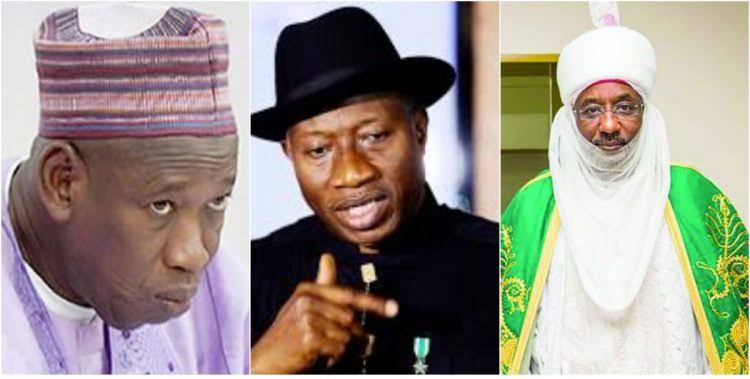 KanyiDaily recalls that Sanui was removed as Kano Emir on March 9, 2020, by Kano State Secretary to the Government, Usman Alhaji, who alleged that he disrespected the lawful instructions from the office of the Governor and lawful authorities.

The former Kano monarch was also accused of persistently refusing to attend official meetings and programmes organized by the government without any lawful justification.

However, while speaking at the presentation of a book on former President Goodluck Johnathan, authored by a journalist, Bonaventure Philips Melah, on Tuesday, December 15, Ganduje said Sanusi was dethroned to save the traditional institution from abuse.

According to him, Sanusi was appointed the Emir in 2014 to spite Jonathan, who sacked him as the Central Bank Governor after the economist raised the alarm that $49 billion oil revenue could not be accounted for.

Ganduje said Sanusi should have discussed with him Jonathan privately about the missing money, instead of speaking out pubblicly about the matter.

“When Sanusi said $49 billion was lost in Jonathan’s government, I said in my mind that No, you could have discussed with him (Jonathan) privately.

“You could have given him this clue and then he would know how to investigate even before those who had stolen the money would find a way of hiding the money.

READ:  "My Mission To Be The Senate President is Not Personal" - Ndume Replies Arewa Youths

In June 2014, barely two months after he was removed as CBN governor, Sanusi got appointed as the Emir of Kano, a position that Ganduje said he did not deserve in the first place.

“Sanusi was appointed Emir of Kano not because he was the best man for the throne but to retaliate what Jonathan did to him,” he said.

“That was in order to prove that what Jonathan did to him was wrong and that the people of Kano wanted their son as Emir and therefore they decided to appoint him as Emir.

“But when he was appointed, there were a lot of demonstrations with people burning tyres here and there. But because of government backing, he was sustained on the stool.”

Narrating why he dethroned the outspoken former banker, the Ganduje said:

“When I became governor, (that’s why you will laugh), I said yes, the Jonathan medicine is an important medicine.

“So I took my Jonathan medicine and decided to save the system, to save the institution and I applied it effectively. So Jonathan and I are on the same page. Actually, I have no regrets.”

KanyiDaily had also reported how Governor Ganduje ordered the seizure and demolition of a property worth N250 million belonging to Sanusi. 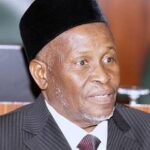 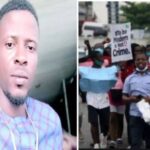