The court presided over by Justice S.S. Ogunsanya on Tuesday also convicted two others, Mojisola Aladejobi and Balogun Alaba.

The three suspects were sentenced and convicted by the court following a petition by the Lagos Zonal Office of the Economic and Financial Crimes Commission (EFCC).

A statement by the EFCC said the defendants were arraigned on two counts bordering on conspiracy and attempt to obtain money by false pretence to the tune of $32,000.

“The defendants, sometime in October 2014, in Lagos allegedly conspired among themselves to defraud Dangote Industries Limited of the sum of $32,000 (Thirty Two Thousand United State Dollars) by inflating the premium for the renewal of insurance policy cover for its Hawker Aircraft with registration No. 5N-DGN.

“The offence is contrary to section 323 of the Criminal Law of Lagos State, No. 11 of 2011,” said the statement signed by the EFCC spokesman, Wilson Uwujaren.

When the charges were read to them, they pleaded not guilty to the counts, a development that led to their full trial.

The prosecution counsels, S.O. Daji and Babatunde Sonoiki, called witnesses and tendered documents that were admitted in evidence by the court.

In her judgment, Justice Ogunsanya found the defendants guilty of the offence and sentenced them to seven years imprisonment each on both counts of the charge.

KanyiDaily recalls that Aliko Dangote had recently accused his American ex-lover, Autumn Spikes, of trying to extort $5 million from him. 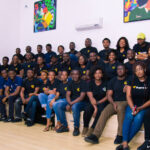 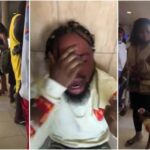