Kidnappers of the monarch of Ikuru town in the Andoni local government area of Rivers State, King Aaron Ikuru, have released a video of the monarch kneeling before them and making promises in an unidentified location suspected to be a creek. 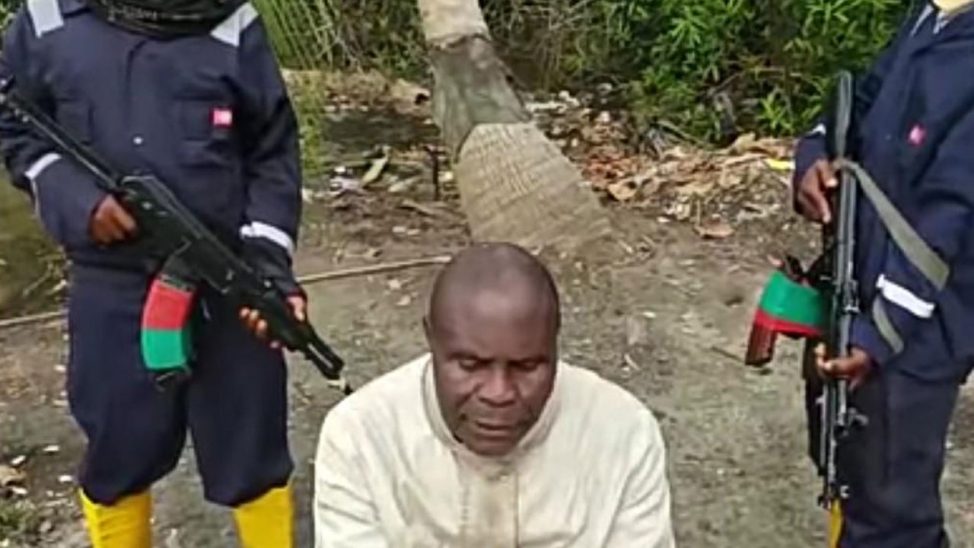 In the video, the monarch is seen kneeling beside two masked men wearing construction site coveralls, their faces covered in red and black cloths and holding AK-47 rifles as the traditional ruler was forced to read the list of their demands handed to him.

The gun-wielding criminals in the note disclosed that they kidnapped the monarch, who is the Chairman of Andoni Council of Traditional Rulers, because the elders and chiefs of the area (Andoni) had failed to make peace among rival youth groups.

“I, His Majesty Aaron Miller Ikuru wish to state the main cause of my detention or incarceration for the past five weeks,” King Ikuru said.

“The main issue is that we, the chiefs are unable to make peace in Andoni amongst the rival youth groups. The youths of Andoni are very unhappy with the chiefs, elders and politicians and also the inability of the elders to provide employment for youths.

“The youth are also insisting stoppage of indiscriminate arrest of Andoni youths and the unfortunate killings by government and chiefs of Andoni. With the sense of urgency, the chiefs, politicians and elders should address these matters; otherwise there will be killings of chiefs and politicians in Andoni.”

Immediately after the monarch reads out the demand, one of the abductors behind the camera responded that they will not spare any elder, politician or chief who failed to make peace in the predominantly coasted community.

In his words, “Alright, you all have heard what he had said. He is not saying it for himself alone. He is saying it on behalf of the chiefs and kings in Andoni Local Government Area and politicians.”

King Ikuru assured the youth that the issue of peace would be pursued if he was allowed to have his freedom as it were.

“If by the grace of God I am released, I will ensure that this issue of peace is pursued with great vigour and I will sure to achieve it,” a visibly shaken monarch promised.

KanyiDaily had reported how another monarch was sentenced prison for threatening to deal with a judge during court hearing in Rivers State. 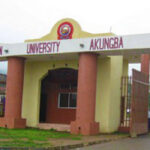 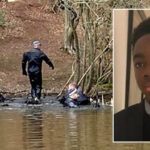