At least five people were killed and over 15 wounded in a suspected Islamist militant bomb attack during a Sunday service at a Protestant church in the eastern Congolese city of Kasindi, on the border with Uganda. Videos posted on social media showed bodies in the pews and blood on the floor. Other videos showed bloodied victims being carried and treated by bystanders outside the church.

Meanwhile, some Arabic sources reported that 17 people were killed and 20 were injured in this explosion.

So far, no more details have been published and no group has taken responsibility for it.

An army spokesman who spoke to Reuters said the attack during a Sunday service was likely carried out by the Allied Democratic Forces (ADF), a Ugandan militant group that has pledged allegiance to the Islamic State.

“Despite the security measures put in place, the first indications show that it is the ADF which is behind this bomb attack,”

A Kenyan national found at the scene without documents was detained” – Anthony Mualushay told Reuters by phone.

The ADF could not be reached for comment. It has not claimed responsibility for the bombing.

A resident who also spoke to Reuters via phone said;

“I just came back from the scene, where I saw the bodies of children on the ground,” said Kasindi resident Alain Kitsa by phone, describing the atmosphere after the Congo bomb blast as tense.

There are over 120 armed groups in mineral-rich eastern Democratic Republic of Congo, many of which are the result of regional wars that flared at the turn of the century.

The Allied Democratic Forces — which the Islamic State group claims as its affiliate in Central Africa — is active in the area of North Kivu where the church bomb attack took place.

It has been accused of slaughtering thousands of Congolese civilians and carrying out bomb attacks in neighbouring Uganda.

A joint Ugandan-Congolese military operation has targeted the ADF in North Kivu and neighboring Ituri province since it launched in November 2021. 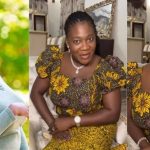 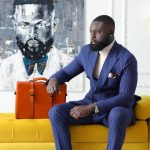