The soldiers who staged a military coup in Mali leading to the resignation of President Ibrahim Boubacar Keita and his government, said on Wednesday they plan to form a civilian transitional government that will organise fresh elections.

KanyiDaily had reported on Tuesday that President Keita resigned and dissolved his parliament after mutinying soldiers detained him at gunpoint, along with Prime Minister Boubou Cisse and other top officials from his government.

The soldiers who overthrew Malian president in the stunning coup finally revealed themselves on Wednesday during a broadcast on state-owned television.

A spokesman for the mutineers who called themselves ‘the National Committee for the Salvation of the People’ said they had decided to act to prevent Mali from falling further into chaos.

The soldiers said they did not want to stay in power, pledging to hold a general election after a “reasonable time” and tame the security crisis gripping Mali.

“Our country is sinking into chaos, anarchy and insecurity mostly due to the fault of the people who are in charge of its destiny.

“We are keen on the stability of the country, which will allow us to organise general elections to allow Mali to equip itself with strong institutions within the reasonable time limit.

“We can restore this country to its former greatness,” said one of the mutiny’s leaders, Col. Maj. Ismael Wagué, who vowed to build a civilian-led transition team and “strong institutions capable of better managing our everyday lives.”

On Tuesday morning, soldiers took over a huge army base outside the capital, Bamako. By afternoon, local news reported the soldiers had arrested the president, prime minister, top government officials and all senior soldiers. 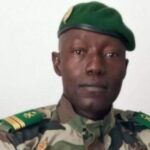 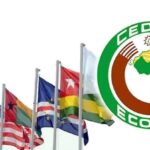